ILH – 3 is a heavy duty door interlock requiring multiple keys to gain entry or alternatively releasing multiple keys, for applications requiring more than one primary or secondary operations without the need for an intermediate key exchange. ILH – 4 is identical to ILH – 3 range, but incorporates 2pole, 20A Rotary isolation switch, in conjunction with the bolt release. 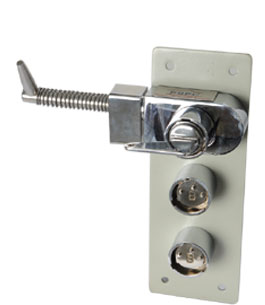 Claw Interlocks are similar in function to Bolt Interlocks. They facilitate installation on simple valve or other stem control applications. The claw / bolt is moved by hand and is not internally driven. It has a maximum travel of 75mm. Special claw sizes and multiple key versions are available, with back or through mounting holes. The Figure type model is ILBV and the Pin type is ILC. 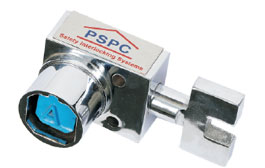